from the 2006 Conference Chair Charlyn Dyers 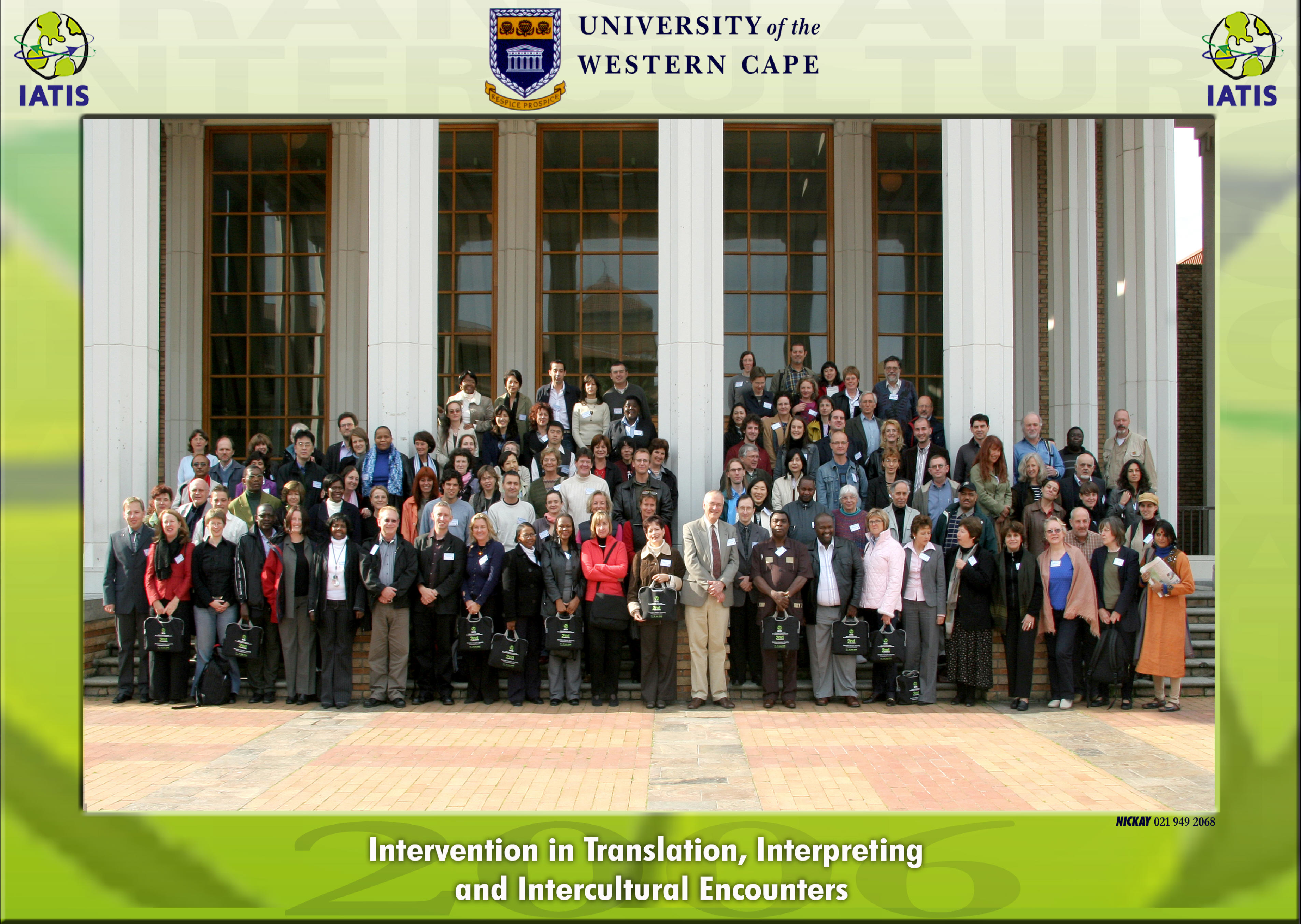 2nd Conference of the International Association for Translation and Intercultural Studies

The Second IATIS Conference was held at The University of the Western Cape in Cape Town, South Africa on 12-14 July 2006. The theme of this successful event was "Intervention in Translation, Interpreting and Intercultural Studies".

3rd Conference of the International Association for Translation and Intercultural Studies

Mediation and Conflict: Translation and Culture in a Global Context. The 3rd Conference of the International Association for Translation and Intercultural Studies was hosted by the School of Languages, Cultures and Linguistics at Monash University, Melbourne, Australia, from July 8th to 10th, 2009.

CTIS, The University of Manchester (UK)

Training for Translation: The Case of Specialised Translation Training and Art Texts

News as Narrative: Reporting and Translating the 2004 Beslan Hostage Disaster

Towards a Methodology for the Study of Implicatures in Subtitled Films

A Case Study of the Use of Storytelling as a Pedagogical Tool for Teaching Interpreting Students
Pages: 1-32

This article details the findings of a systemic functional linguistic case study of university classroom talk, and in particular an evaluation of the storytelling that occurs in classroom talk and its functioning as a pedagogical tool with interpreting students. The data consists of two hours of naturalistic classroom talk that occurred with sign language interpreting students discussing the topic of interpreting ethics. The 'chunks' of the text comprised of storytelling were identified, and the stories were classified into genres. The study revealed exemplum stories to be the most common story genre, and that story genres were used by both the teacher and students to make meaning within the learning process. The findings of this study are innovative in that they demonstrate that storytelling is a feature of pragmatic teacher-student interaction, and is a pedagogical tool used to engage with sign language interpreting students in order to relate practical experience to theoretical constructs, which could be considered by spoken language interpreter educators if culturally appropriate.

Promotional and advertising texts come in different forms and account for a considerable share of the translation market. Advertisements, company brochures, websites, tourist guides, institutional information campaigns, and even personal CVs all share a common primary purpose: that of persuading the reader to buy something, be it a product or a lifestyle, or to act in a particular way, from taking preventive measures against health risks to employing one candidate in preference to another. Consequently, their translation requires the application of techniques which, although they vary depending on the specific text type, are all aimed at preserving that persuasive purpose. This often requires in-depth cultural adaptation and, on occasion, thorough rewriting.

Translating Promotional and Advertising Texts covers different areas of personal promotion, business to business promotion, institutional and business to consumer promotion, including advertising. Numerous examples from a wide variety of languages and media, taken from the author's own professional experience and from real-life observation, are provided throughout. The volume is designed for use as a coursebook for classroom practice or as a handbook for self-learning. It will be of interest to undergraduate and postgraduate students, but also freelance and in-house translators, as well as other professionals working in sales, public relations or similar departments whose responsibilities include involvement in the management of multilingual advertising and promotion activities.