New publication: The Routledge Handbook of Translation and Culture

The Routledge Handbook of Translation and Culture (2018), which I co-edited with Ovidi Carbonell Cortés (University of Salamanca), is the second publication in the ambitious Routledge Handbooks in Translation and Interpreting Studies series https://www.routledge.com/Routledge-Handbooks-in-Translation-and-Interpreting-Studies/book-series/RHTI. With the Handbook of Translation Studies and Linguistics (ed. Kirsten Malmkjaer) published at the end of last year and at least four more to be published this year on politics (ed. Jonathan Evans and Fruela Fernandez), literary translation (ed. Ben Van Wyke and Kelly Washbourne), audiovisual translation (ed. Luis Pérez-González) and philosophy (ed. J Piers Rawling and Philip Wilson), the series marks, I think, an important moment in the recognition of our discipline. Each volume is an enormous undertaking - ours brings together 32 chapters from 39 authors – and while we tried to be comprehensive so as to produce a useful reference volume, we also realised that a book such as this can only ever be a partial snapshot of the field. Yet that in itself made the project very exciting for us. Translation and culture is a huge subject, so we tried to commission chapters with titles that would encourage our contributors to write on topics from fresh angles. Some chapters work as thorough literature reviews, others as case studies and still others as extended essays. To recruit so many authors meant inevitably reaching out to scholars and practitioners in other disciplines and it was both a challenge and a delight to work with such a range of people. I’m looking forward to seeing the other Handbooks in print; together they offer a map that can show us in Translation Studies something of where we have been and where we may yet travel.

Chair of the IATIS Executive Council 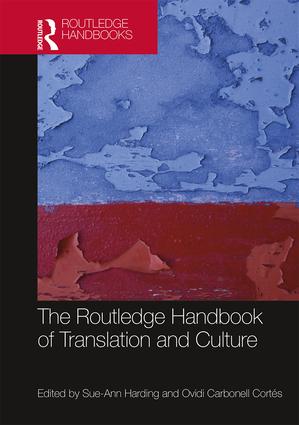