Hong Kong | 2012 | 24min | In Cantonese with Chinese and English subtitles
Peter, a Hong Kong-raised Indian, encounters a small accident at work. In order to repay the debt, he gets himself involved in a seemingly endless string of troubles.

Graduated from Film & Television School (Directing major) at The Hong Kong Academy for Performing Arts in 2009. His films have always focused on ordinary people and daily drama in the city.

Currently he is an independent filmmaker and freelancer. The latest film work EXTRAS is the first segment of a feature length film “Ten Years”, which received Best Picture award in the 35th Hong Kong Film Awards.

I HAVE NOTHING TO SAY

Taiwan & Hong Kong│2017│25min | In Mandarin with Chinese and English subtitles
A Chinese mother gets a visit from the authorities because her daughter is making problematic films in Hong Kong. She hasn’t seen her daughter for five years but sets off to talk to her, at the government’s expense and in spite of her failing health. A combined examination of politics and a family tragedy.
(Information cited from the International Film Festival Rotterdam website)

YING is also a film educator and festival curator. In 2008, he became the Program Director of Chongqing Independent Film & Video Festival. In 2009, he became the Principal Lecturer for LI Xianting Film School in Beijing and in the following year, the Director of Education for LI Xianting Film Fund. In the same year, he organized a ten-city screening tour of the best works from Chongqing Independent Film & Video Festival, in China as well as London and Cadiz.

At the moment, he is one of the part time lecturers of the Film/TV School of The Hong Kong Academy for Performing Arts and Hong Kong Baptist University, programming for Chinese Documentary film festival (Hong Kong), one of the founders of Chinese Independent Documentary Lab (Hong Kong). Meanwhile he has just finished shooting short film I HAVE NOTHING TO SAY, feature film named TRAVEL, and writing script WINDY SEASON.

Curated by Dr Heather Connelly (University of Lincoln, UK), this exhibition, performance evening and events have been developed specifically to expand Panel 14: Exploring Cultural Mobility through Visual and Performance Art convened by Gabriela Saldanha (University of Birmingham, UK) and Cristina Marinetti (Cardiff University, UK). It builds upon Connelly’s PhD by Fine Art Practice (Loughborough University, UK), Speaking through the voice of another, concerning art-and-translation and is part of her ongoing post-doctoral research project Translation Zone(s) established during her AHRC Cultural Engagement Fellowship in 2016.

The exhibition and related events include work from established and emerging artists, curators, writers and researchers Bill Aitchison (UK/CN), Emma Cocker and Clare Thornton (UK), Heather Connelly (UK), Johanna Hällsten (SE/UK), Saskia Holmkvist (NO), Rebecca Johnson (UK), Xiangyun Lim (SG), Marianna Maruyama (NL), Manuela Perteghella (IT/UK) and Ricarda Vidal (DE/UK), Thuy Vo (VN), Annie Xu (CN/UK) and Solomon Yu, Jimmy Chan and Eddie Cheung (HK). Conference delegates are invited to encounter, experience and respond to works’ as opposed to relying upon a mediated (linguistic/written) account of the work through the lens of another. Thereby, providing an opportunity for artists and translators to engage in a dialogue about the potential of future international transdisciplinary research between artists and translators, and how contemporary arts practice can play a pivotal role within the research process. 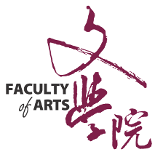