What are you reading? Sue-Ann Harding

In this new blog series, we're asking leading translation scholars to share what they're currently reading, whether for business or pleasure.

This month, we caught up with Sue-Ann Harding (Chair of IATIS Executive Council) to find out what she's been enjoying of late. 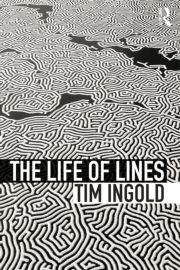 The book I’m reading is Tim Ingold’s The Life of Lines (2015), with its refreshingly short, philosophical chapters. It speaks to two areas of research I’m currently working on: narrative and complexity, and translation and landscape. Visualising narratives as networks of lines and intersections, an image that disrupts traditional schemas of translators as being between, or in the overlap between, two circles depicting two distinct cultures, is something that resonates very strongly with complexity theory notions and diagrams of open and self-organising systems. Ingold’s first chapter on “Line and blob” almost leaped off the page for me as he talks about the meshwork, “[w]hen everything tangles together” (3), and goes on to describe the world in terms of blobs and lines, including cells, potatoes, tadpoles, silkworms, cocoons, spiders, eggs, fish, nestling birds, mammalian new-borns and Henri Matisse’s painting Dance, which I remember vividly from the Hermitage in St Petersburg. My “meshwork” of narratives fits right in to this dynamic model of stasis and connection or “knotting”.

But I first came to Ingold not through narrative or complexity but through landscape and mapping (Zanettin, Saldanha, and Harding 2015) and space, particularly Doreen Massey’s wonderful For Space (2005). I’m interested in landscape and the idea that landscape and the environment are texts that we read (decode) in order to translate them into something meaningful for ourselves so that we know how to act (or simply be) in the landscape. Travel writers go a step further and translate this into a written text for an audience. I’m particularly interested in this at the moment because of my recent sojourn in Qatar and the book I’m writing on how explorers, sailors, archaeologists and contemporary residents ‘translate’ what is often a very confronting landscape. In the context of Qatar, it is very interesting to read Ingold on walking and the narrative (!) knowledge that arises from that simple act: “the walker draws a tale from impressions in the ground” (2015, 48). Walking is very difficult to do in Doha (there are few footpaths and almost no footbridges) so I wonder about the kind of knowledge that the people who live there have of the city and of the fragile desert environment on which it is imposed.

I’m also reading George Eliot’s Middlemarch (1871-2), a book I’ve heard lauded again and again but finally picked up off the shelf in our local library. I love her wry voice, her understated humour, the intimacy of the scenes, the freshness of the conversations, and the ease with which she moves from omniscient narrator to comment directly on her characters. A gem.